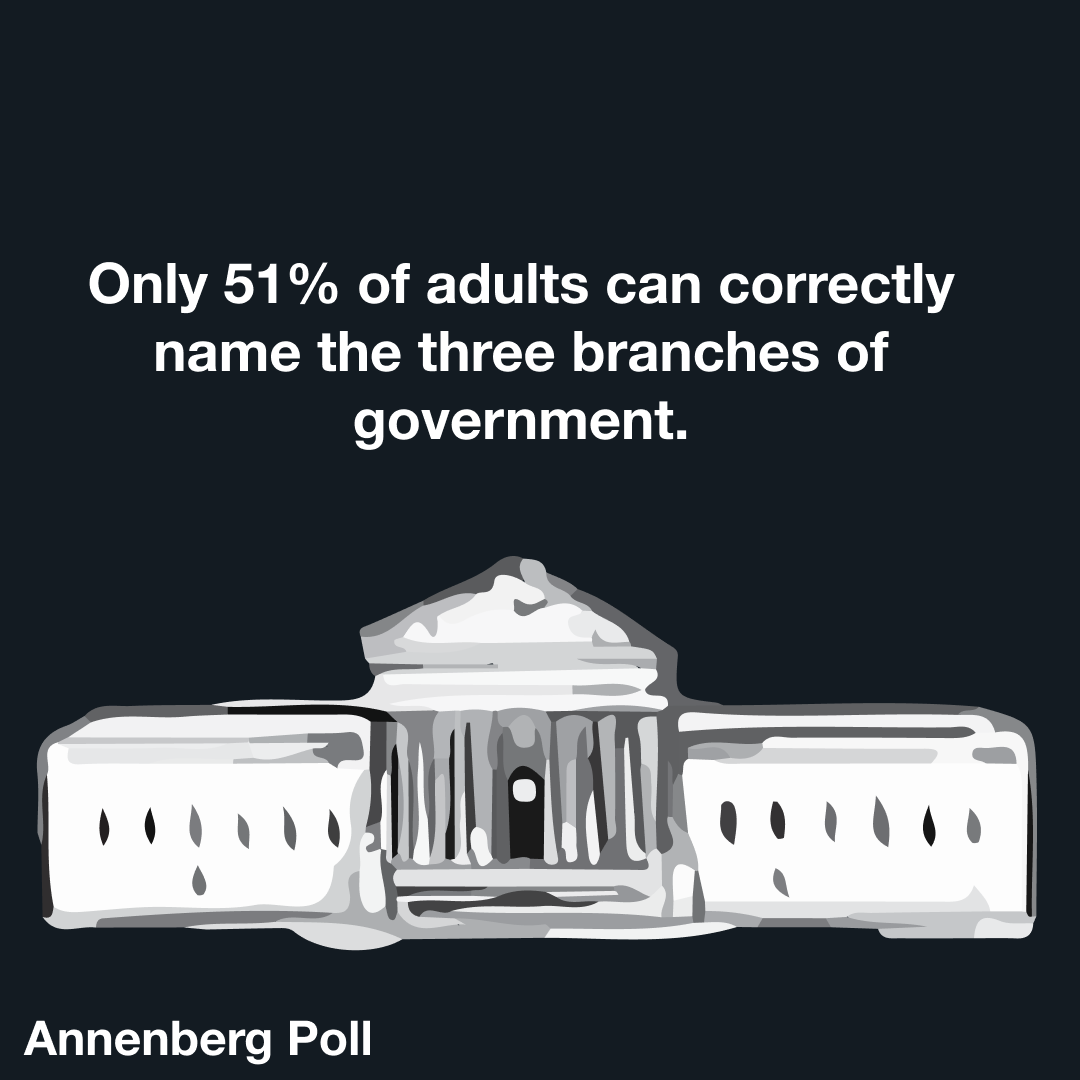 Although America is built on the concept of freedom and independence, many Americans cannot name the specific functions of government that afford them those rights. In an annual survey of U.S. civics knowledge done by the Annenberg Public Policy Center, researchers discovered some pretty interesting statistics. For example, only 51% of adults can name the three branches of government and 19% of Americans cannot name a single right given to them in the First Amendment. While these numbers are not great, they are a dramatic improvement from similar polls taken in different years. This increase is likely due to the unprecedented news cycle of the past year, where Americans have dealt with a pandemic, widespread protests, and a highly contentious presidential election.