For the First Time Ever, California Just Lost a Seat In Congress 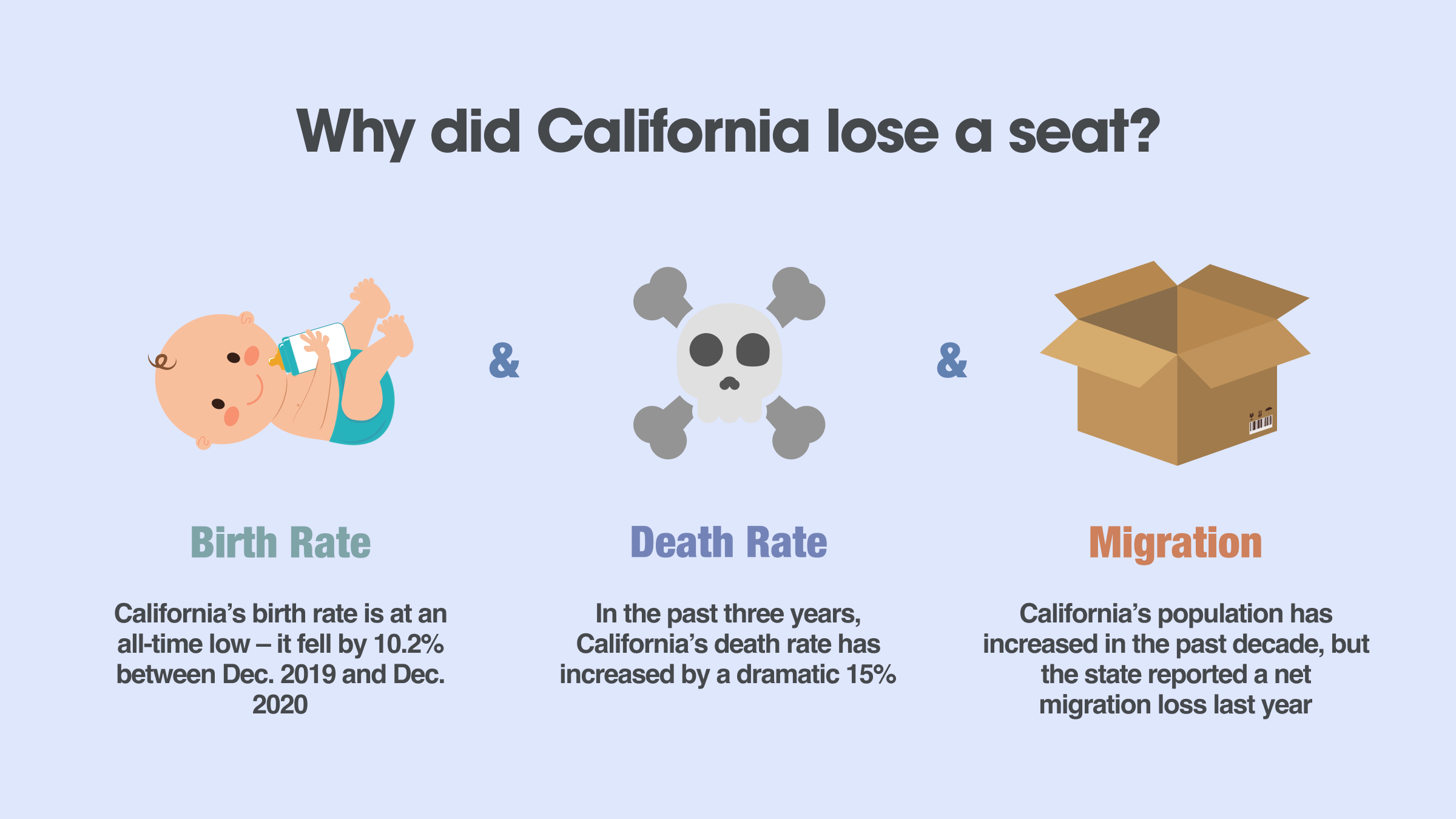 Following the 2020 census, California is losing a seat in Congress for the first time in its 171 year history. How did this happen?

The House of Representatives is comprised of 435 seats, which are divided among states based on population statistics from each decade’s census. Specifically, seats are determined by three factors: birth rate, death rate, and migration.

California’s birth rate is currently at an all-time low. It has been declining for several years, and the reduction is even more noticeable in 2020 statistics, thanks to the impact of Covid-19. Between December 2019 and December 2020, the birth rate fell 10.2%.

The death rate in California has also contributed to the population decline. In the last three years, the rate has increased 15%. While some of this is due to Covid-19, the long-term growth suggests that the state’s population is just aging.

In terms of migration, California has seen overall population growth in the past decade, as over 2 million new people have moved to the state. However, growth has slowed significantly and the state reported a net migration loss last year since many citizens left California for a cheaper state.

Since all three of these factors are moving in directions opposite to population expansion, and many other states have seen massive growth in the last decade, California will now have 52 congressional districts instead of 53.