How Does a Bill Become a Law? (In California) 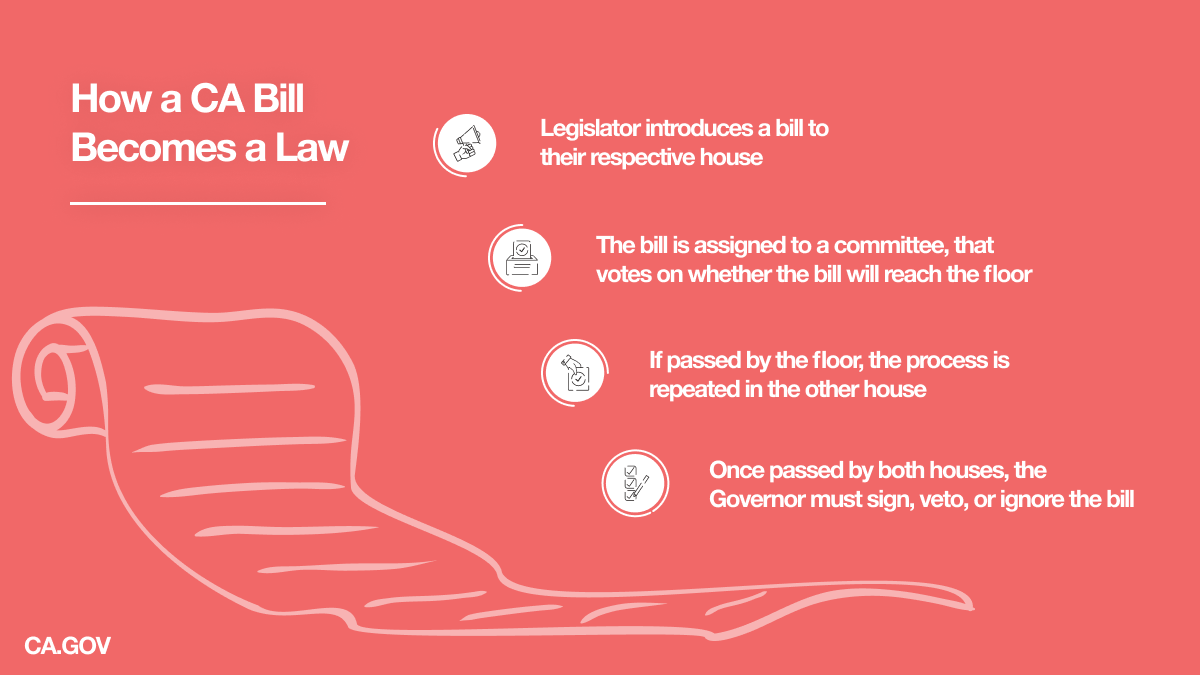 Thanks to Schoolhouse Rock’s iconic “I’m Just a Bill” video, you might already be familiar with how a bill becomes a law in the U.S. Congress, but do you know how the process works in California?

To start things off, a legislator must begin by sending an idea for a bill to the Legislative Counsel to be drafted into an actual bill. As soon as that is ready, the legislator will introduce the bill to either the State Assembly or the State Senate – whichever house they are in.

Once introduced the Rules Committee will assign the bill to a policy committee, which will then hold a hearing to discuss the bill and eventually vote on whether the bill will reach the floor of the house. The committee can also make amendments to the bill during this period.

On the floor, members discuss the content of the bill and then conduct a roll call vote. If it passes, it moves on to the other house, where the process is repeated. If the bill is amended in the second house, it must go back to the original for a revote.

Following two successful votes, the bill is then taken to the Governor, who has the option to sign or veto the bill. In some rare cases, the Governor can also choose to do nothing. Most bills go into effect on January 1 of the next year.

Throughout this process, businesses, unions, and local governments can lobby legislators and try to convince them to vote in their organization’s favor.