What Are Bills, Laws, Codes, and Regulations? 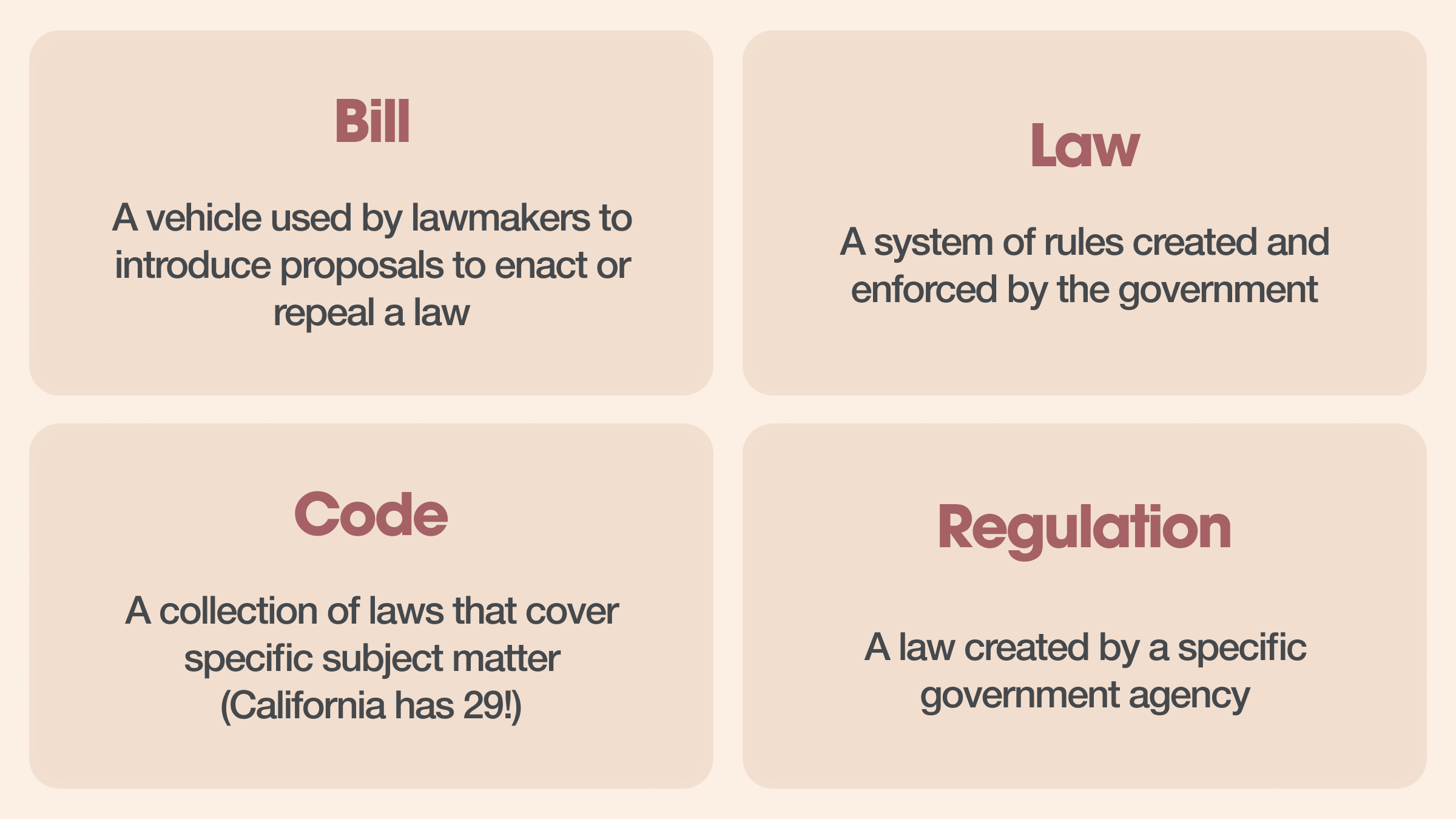 When talking about governmental issues, it can be easy to get confused, as there are often many different words thrown around. However, understanding these terms is key to understanding how California’s government works and which pieces of legislation impact you directly.

The following are the main forms of legislation used in California’s government:

In addition to understanding what all of these terms mean, it is also important to understand how they are created. We have already explained how a bill becomes a law (insert hyperlink here), but there are a few more steps to the process that occur behind the scenes.

While these different forms of legislation are largely written and edited by legislators themselves, another group that has a significant impact on the process is lobbyists. Whether working for corporations, non-profits, or special interest groups, lobbyists work to advocate either for or against legislation through the process of bill tracking.

Bill tracking is the process of tracking a bill’s progress as it makes its way through the legislative system. Individuals can use bill tracking to find out when a piece of legislation has been edited, if it has passed one congressional body, or if it has been killed.

Many bill tracking platforms allow users to follow either individual pieces of legislation or all bills that fall within an issue area of choice.

Throughout all of the different steps of bill tracking, lobbyists talk to lawmakers to try and influence the contents of a specific bill or influence whether a legislator votes to pass or kill a piece of legislation.