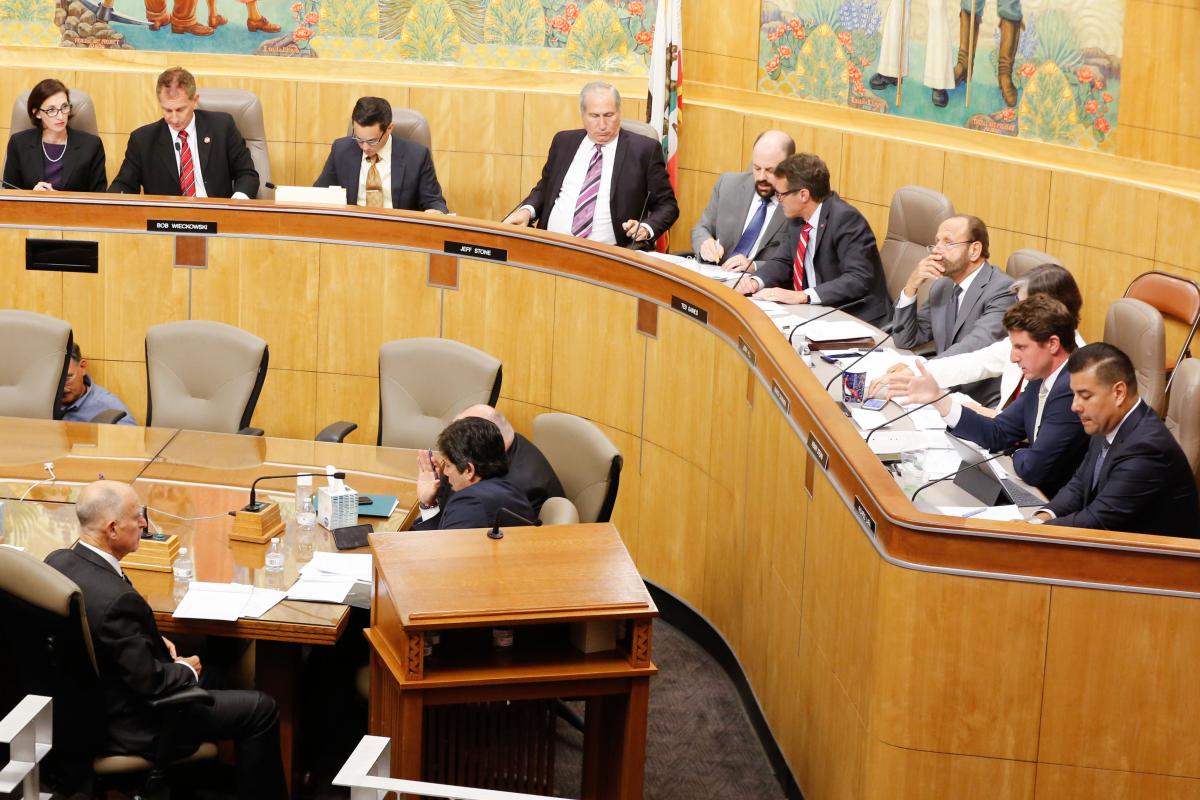 What Happens the Middle Part of the Legislative Session

The middle part of the Legislative Session centers around the adoption of the state budget and consideration of bills in their second house.

This is the second installment in a 3-part series about the major happenings in the legislative process pursuant to the California Constitution and relevant statutes. Part II is focused on the middle part of the Legislative Session, which is essentially the adoption of the state budget and consideration of bills in their second house. Part I is focused on the first part of the Legislative Session. Part III looks at the last two months of the Session.

Immediately after the house of origin deadline, the budget deliberations are in full swing and bills must quickly be considered in the second house. The first half of June is spent mainly on the adoption of the budget bill as well as about two dozen trailer bills, which often implement significant statutory changes as part of the adoption of the state budget.

For the month that follows, the policy committees in both houses work diligently to consider and vote on the hundreds of bills that have made their way over from the other house. This is followed by a month-long summer recess before the final two months of the Session.

The Assembly Chief Clerk and the Senate Secretary prepared the following calendar for the 2022 Session with the corresponding authority for these dates:

May 31 Committee meetings may resume (J.R. 61(b)(12)).
June 15 Budget Bill must be passed by midnight (Art. IV, Sec. 12(c)).
June 30 Last day for a legislative measure to qualify for the Nov. 8 General Election ballot (Elections Code Sec. 9040)
July 1 Last day for policy committees to meet and report bills (J.R. 61(b)(14)).
July 1 Summer Recess begins upon adjournment, provided Budget Bill has been passed (J.R. 51(b)(2)).
July 4 Independence Day / State holiday
Constitutional and Statutory Requirements
All meetings of a house of the Legislature or a committee must be open and public, and all persons must be permitted to attend the meetings (Government Code Section 9027). Any meeting that is required to be open and public must be held only after full and timely notice to the public as provided by the Joint Rules of the Assembly and Senate (Government Code Section 9028).

Until the budget bill is enacted, the Legislature cannot send any bills to the Governor that propose to appropriate funds during the upcoming fiscal year unless it is an emergency bill recommended by the Governor. No bill, except the budget bill, may contain more than one item of appropriation (Article IV, Section 12).

All appropriations bills require a 2/3 majority vote, except the budget bill, budget trailer bills with appropriations, and those for public school appropriations (all of which require a simple majority vote). The Legislature can control the submission, approval and enforcement of budgets and the filing of claims for all state agencies. Legislators shall not be paid any salary of expenses if any year in which the budget bill is not passed by the Legislature by midnight on June 5 (Article IV, Section 12).
Chris Micheli serves as an Advisor to Abstract. He is an attorney and registered lobbyist with the Sacramento governmental relations firm of Aprea & Micheli, Inc. He also is an Adjunct Professor at McGeorge School of Law in their Capital Lawyering Program.