How Much Will The Recall Effort Cost CA Taxpayers? 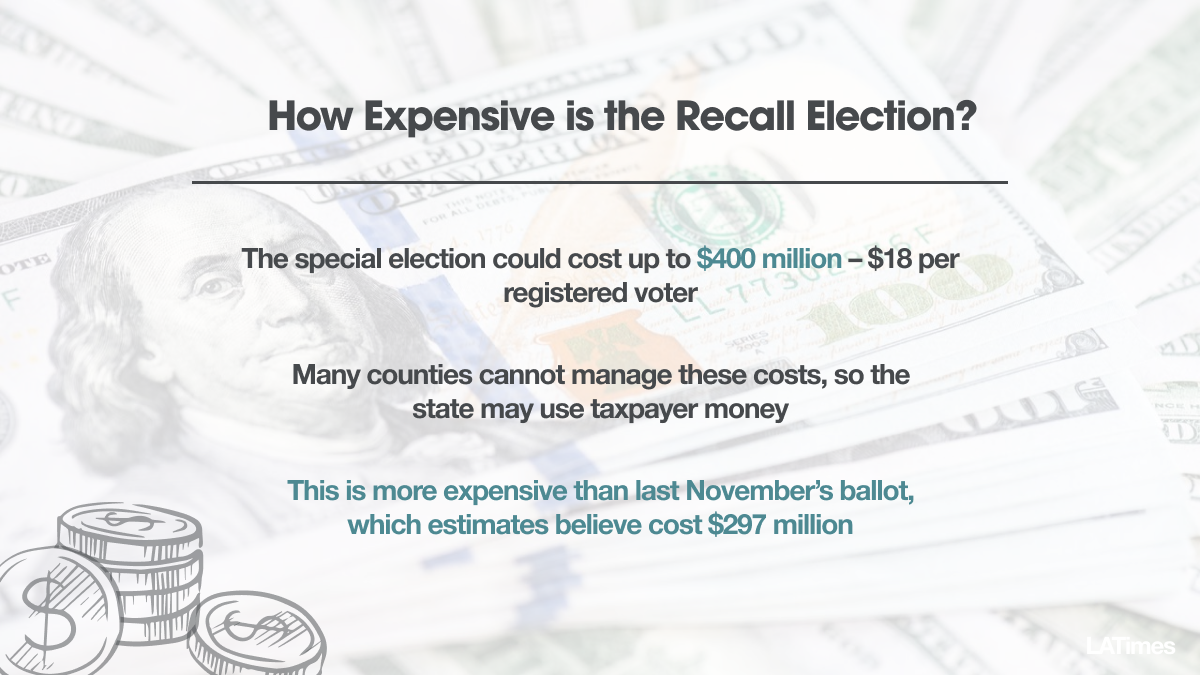 With the Newsom recall likely to happen later this year, one question on many Californian’s minds is how much the election will cost taxpayers. Unfortunately, the number is quite high.

Local officials are now estimating that the recall will cost approximately $400 million – a number four to five times higher than officially predicted. This number comes out to $18 per registered voter, a number twice as high as reported costs from the 2018 election.

The reason for the increased costs is largely due to the coronavirus pandemic. In order to keep infection rates low, California plans to use primarily mail-in ballots and restrict in-person voting to very strict safety standards.

Many counties without large budgets are concerned about how they will manage to pay for this upcoming election. Last fall’s election – which was heavily subsidized by the U.S. government – was already one of the most expensive in California’s history, and final tallies are not even in yet.

Thankfully, California has the money to cover the bill if individual counties are unable to pay – it is estimated that the state’s discretionary budget could be as high as $20 billion.