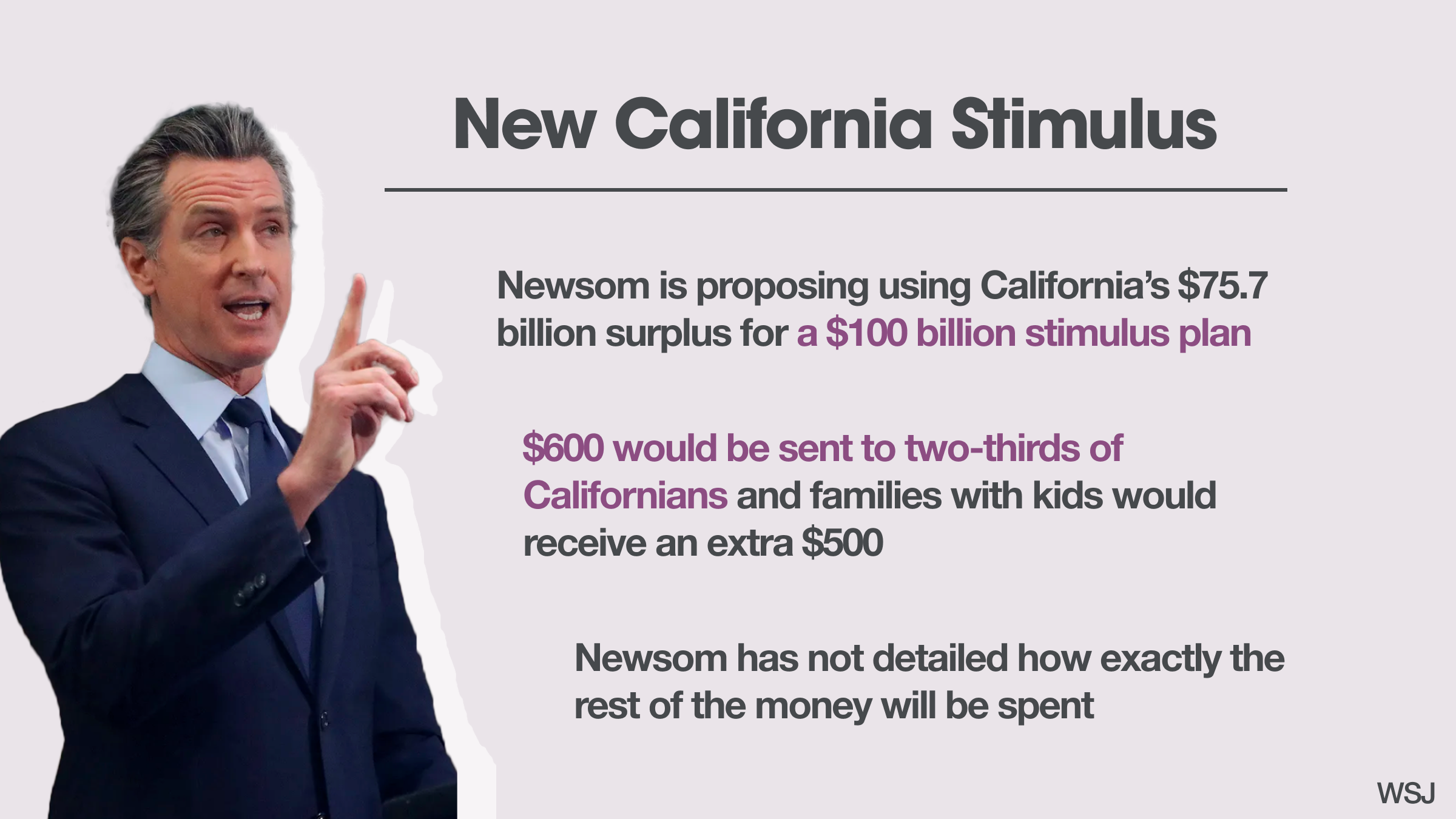 California Gov. Gavin Newsom recently announced plans for a $100 billion stimulus plan, which hopes to provide relief to individuals who have been financially hit hard by the Covid-19 pandemic. This announcement follows news that California is anticipating a $75.7 billion state budget surplus due to increased tax revenues from the state’s wealthiest residents.

If passed, $600 will be sent to all California residents making less than $75,000 per year with an additional $500 going to all families with children. An estimated two-thirds of the state would receive checks.

These direct checks will total approximately $8.1 billion and an additional $7 billion will be spent on assisting Californians with rent and utility payments. Newsom has not yet announced how exactly the remainder of the money will be spent, but additional details are expected in the near future.

Many Democrats have come out in support of Newsom’s proposal, who believe this will make a major impact in reducing levels of income inequality that has been exacerbated by the pandemic. However, it has drawn criticism with Republicans many of whom argue that long-term tax relief – instead of a one-time payment – would be more helpful.

It is unclear if this bill will pass, but California will likely see some sort of economic relief in the coming weeks, thanks to the large surplus.