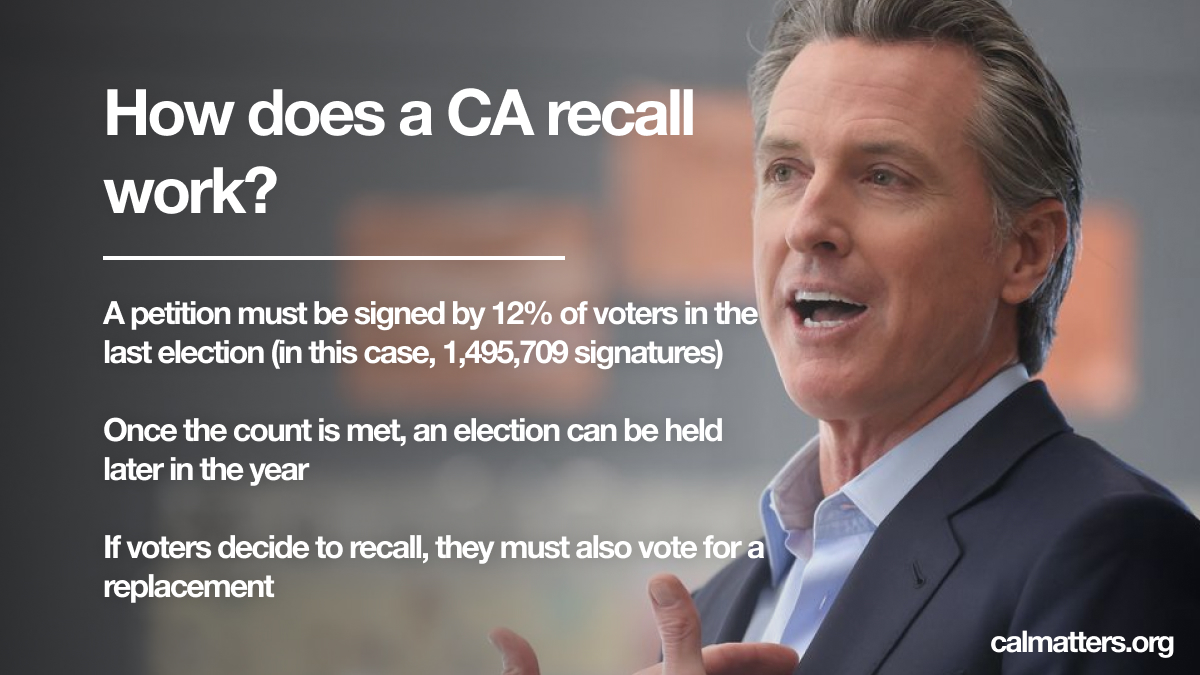 A petition to recall California Gov. Gavin Newsom is gaining traction among voters, which could have big implications for the state’s government.

The petition was started by California Republicans early last year, before the pandemic had even begun. However, it gained traction due to Newsom’s response to the pandemic, as many feel that he could have handled the situation better.

These controversies have led thousands of voters to sign the recall petition, which will likely result in an election later this year.

But how does the actual recall process work?

In order to begin a recall in California, an individual must first introduce a petition and then get a minimum of 12% of the voters from the last election for that position to sign the petition. That means that in this case, the petition must receive 1,495,709 valid signatures from voters in at least 5 counties.

Once collected, the signatures must be verified by a county registrar. Verifying signatures is extremely time-consuming, as election officials must manually match each signature on the petition with that individual’s voter registration card. California is currently on this step of the process, although early trends indicate that Newsom’s recall petition has collected enough signatures.

After the count is met and verified, an election can be held later in the year.

On the ballot for this election, voters would face two different questions. First: do you want to recall Newsom, yes or no? And second: if more than 50% of voters say “yes,” who should replace him?

In California, an unlimited number of candidates are allowed to run to replace a recall candidate, and if the recall is approved, the replacement candidate does not have to receive a majority of the votes. Instead, the candidate who gets the most votes wins, which means that the next governor could win with less than half of the votes.

Although no official statements have been made yet, a number of Republicans have expressed interest in running – including 2018 candidate John Cox, former San Diego Mayor Kevin Faulconer, and reality TV star Caitlyn Jenner. So far, no Democrats have expressed interest in running, due to party loyalty and the belief that a legitimate Democratic candidate could push more voters to recall.