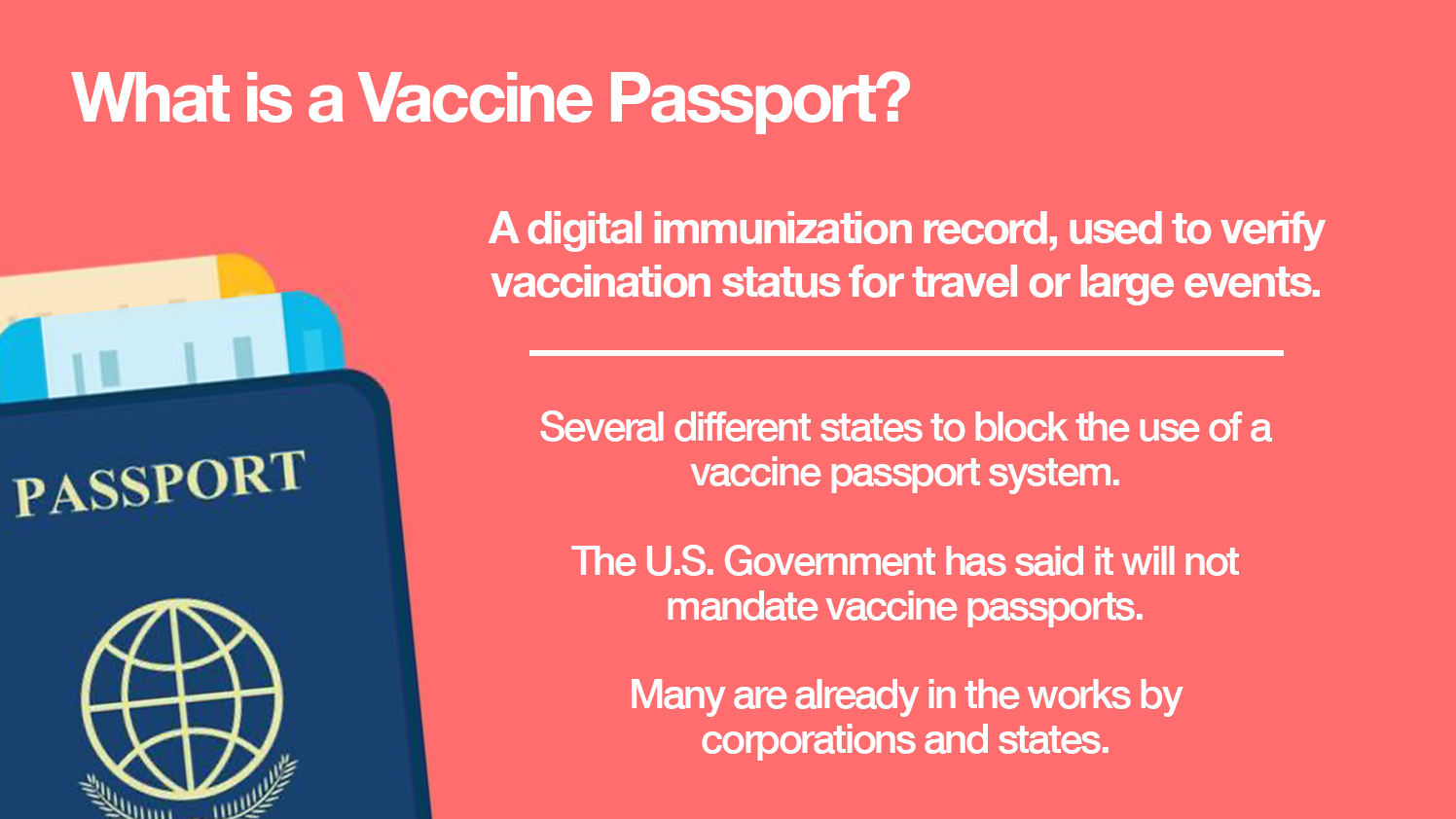 What is a Vaccination Passport?

As the U.S. works to rapidly expand vaccine rollout and certain activities become safer for those who have been immunized, many are left wondering how individuals will prove they have been vaccinated. One solution is a vaccine passport: a digital record of vaccination status that people can keep on their phone.

Their use has been limited so far, but in theory, these passports would allow people to participate in a number of different activities as the pandemic winds down. From admission to crowded theaters and stadiums to authorization for international travel, there are a wide variety of potential uses.

Despite the practicality of a vaccine passport, the idea has been met with skepticism by some. The biggest concern at the moment is related to privacy, and whether personal health records would be spread to companies who have access to the app. Additionally, the overall concept of giving privileges based on vaccination status has caused debate, as not everyone has equitable access. In response to these concerns, legislation has been introduced in a number of states including Florida, Texas, and Ohio to block the use of such a system. An Arizona congressman also introduced the “No Vaccine Passports Act” to the House this week.

Pro-passport legislation has been limited so far, and the Biden administration has stated they have no plans to implement a national passport system. However, private companies and individual states are already developing their own apps.